Gianluca Telloli is a native of the Aosta valley in the western Italian Alps. An oenologist by profession he has developed a passion for cider and in particular the revival of Italian cider. And so it was that after Gijon my next festival was to be at an altitude of 1,000 metres in Antey-Saint-Andre high in the Alps, just south of the Zermatt ski resort in Switzerland. Who’d have thought apples would have taken me here! 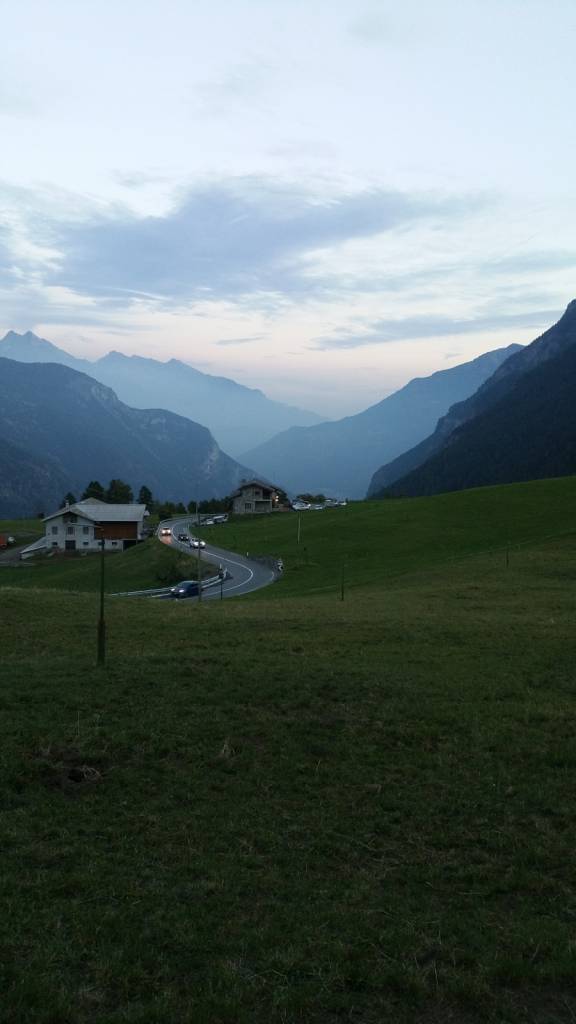 Mountain plateau that used to be planted with apple trees 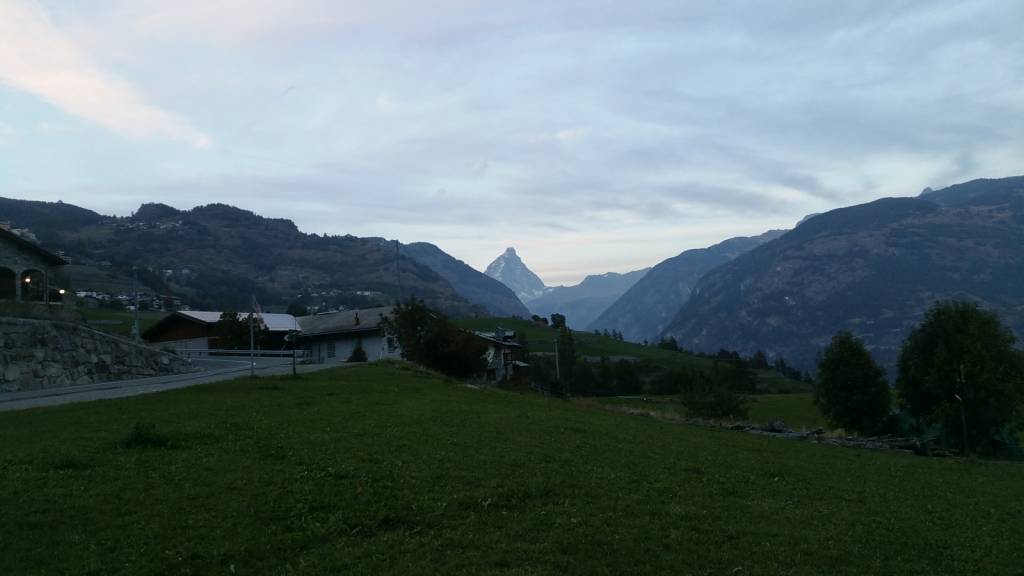 Orchards at the foot of the Matterhorn!

Once departed from northern Spain I had two pit stops on my way to Italy. The first was at St. Jean de Luz, a wonderful seaside town slightly south of Biarritz in France. It too had been a point of embarkation for the fleeing free French when Hitler’s hoards moved south. Apparently some ancient relative of mine had been a cleric in the 19th century in the town but I found no evidence of his church or any record of him!
Continuing with my daily routine of disappearing under the Land Rover to fill the gear and transition boxes with oil I then lay up in Avignon. 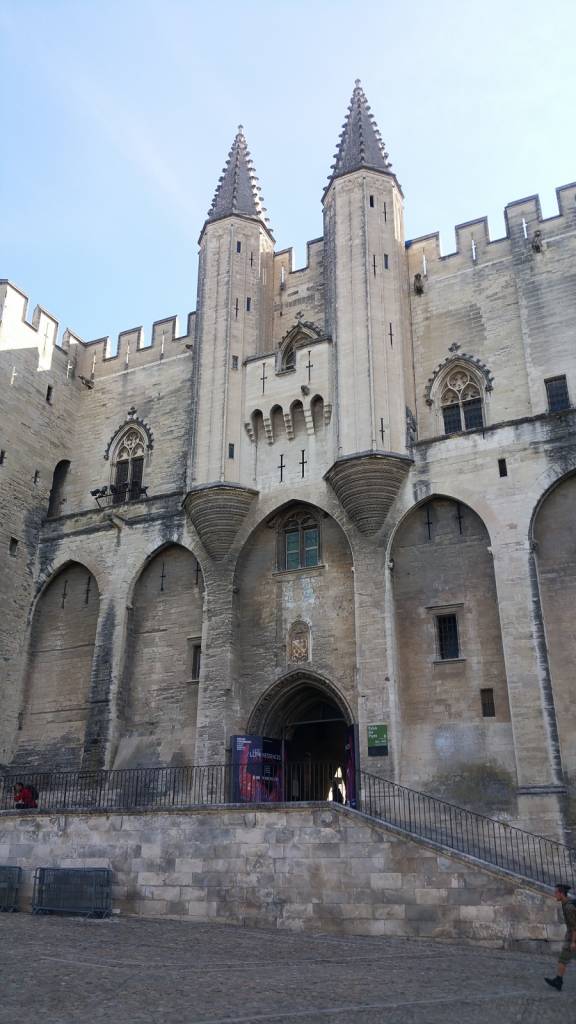 The Pope’s Palace in Avignon

A town steeped in history, formerly the seat of the Pope and Holy Roman Empire and some impressive buildings remain – the sun kept with me and I confess to a few moments of guilt as I enjoyed the French cuisine and warmth whilst the team were putting their elbows to the wheel back home. 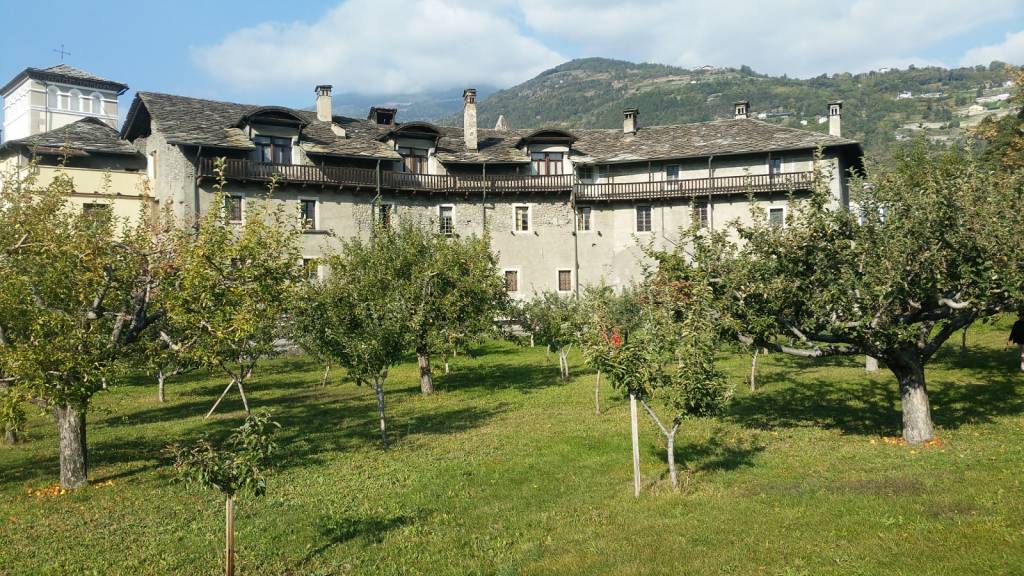 The orchard, that amphitheatre and the mountains

Those sentiments faded rapidly once through the massive Mont Blanc tunnel which carried me through the belly of the mountains into the top of the Italian Aosta valley.
This was traditionally cider country. Up until the 1920’s there were 1,000 hectares under cider apple. Alas, with the arrival of Mussolini it was decided that cider was not Italian and it was to be discouraged. As a result today there remains only circa 20 hectares under cider apple and much of it unkempt.
But boy what’s left is truly amazing! Some of the orchards are still growing on mountain sides between 800 and 1,100 metres with one tree still extant dating from 1772. And these are not small intensively planted trees and by the very nature of the terrain all apples are hand-picked by ladder! 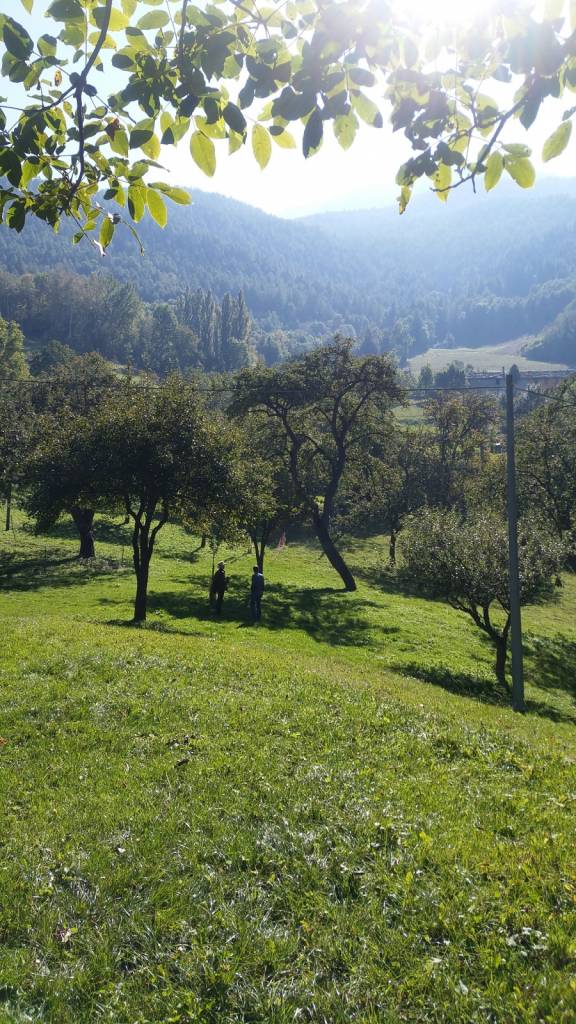 Trees up a mountain! Note the scale to human.

However, the most incredible location I have ever seen apples grown was at the floor of the valley in a nunnery. But this nunnery was no ordinary nunnery. Aosta had been a Roman gateway to the Alps and as such many vestiges of it remain. The nunnery is built on the foundations of the ancient ruins and best of all they have an orchard on the stage of the old amphitheatre! Can you imagine that! 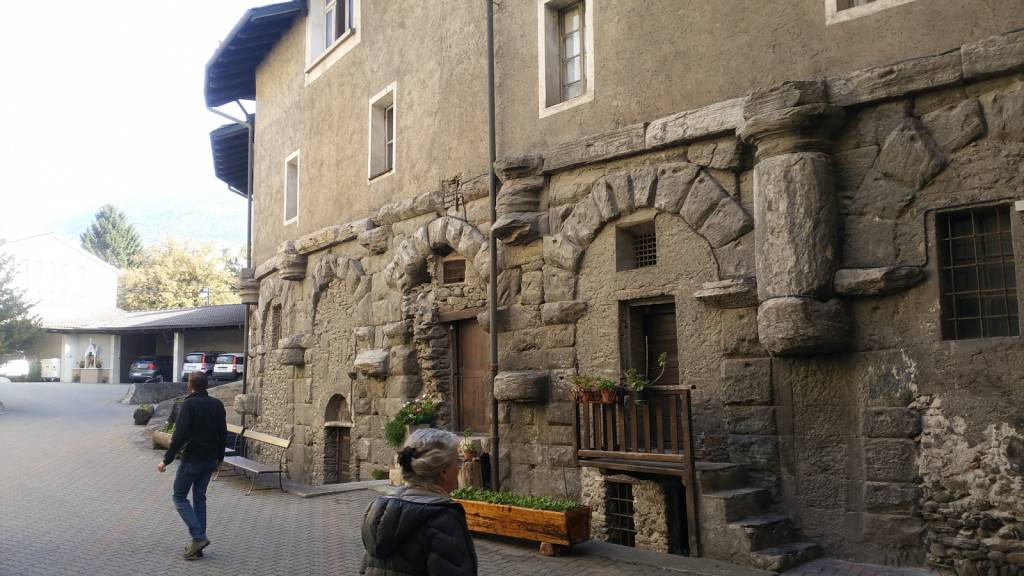 Aostan nunnery on its Roman foundations!

We were given a royal welcome by Gianluca and the team from Andre-Saint-André not least with a marvellous cider “lubricated” picnic halfway up a mountain. 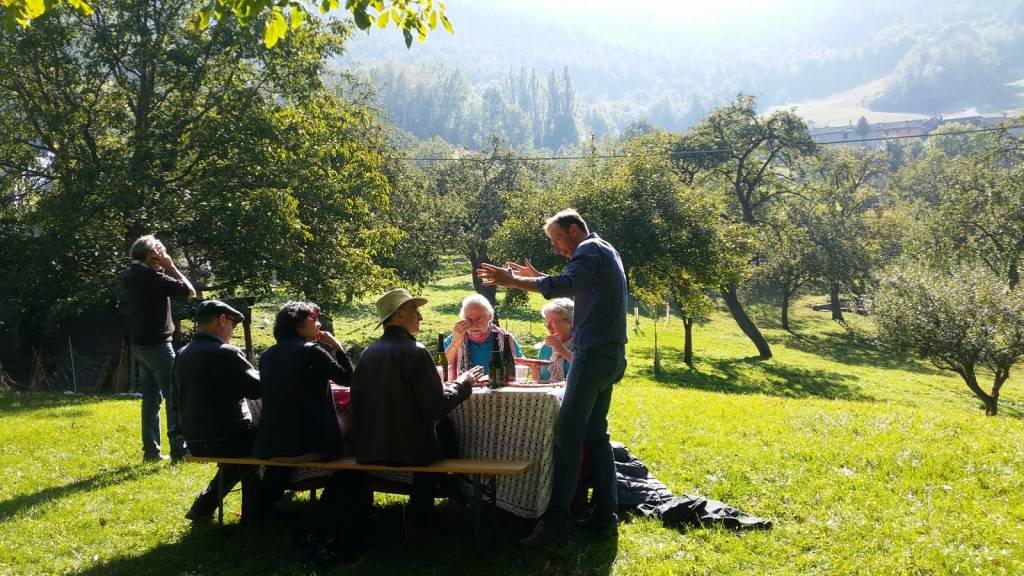 I met with a number of luminaries from the cider world including Claude Jolicoeur from Québec and we all participated in the local autumn apple festival in the town on 9th October. This incorporated attendees from their twin town on the French Atlantic coast, and also Sicily – looking very much the part. The day concluded with a feast of all the participants in the community hall. However, whilst Gianluca had ensured a wide ranging supply of ciders to the tables’ one could see by the surreptitious bottles of red wine that there’s some way to go before the locals are 100% back on cider!
Replete and with our thank you’s said a quick flit over the Col Saint Bernard mountain pass into Switzerland and the route for home was set. The question was would the charabanc make it?